I have been called “the original Tea Partier”– and I must say that my many years of experience in the United States Congress taught me to discern what a true conservative really is.

As I examine the present state of our nation and the critical need for strong candidates that can carry forth our conservative values, both morally and fiscally, I cannot think of a better American, and a better leader than Marielena Stuart, to represent the Great State of Florida in the United States Senate, after the 2012 election.Marielena Stuart is a freedom fighter and a patriot.

Together with her family,  Marielena opposed and survived the ravages of Communism under Fidel Castro.  From an early age she learned to defend her God-given rights, while members of her family were imprisoned, tortured, and executed.Marielena Stuart knows the price that is paid when freedom is lost.  She knows, first hand, that a socialist leaning government has a devastating effect on economic growth and job creation.

As socialism grows in our government our individual freedoms are being taken away.  This is why Marielena believes in open and transparent economic development.  She believes that less taxes and a strong private sector are the best ways for America to regain its economic strength. 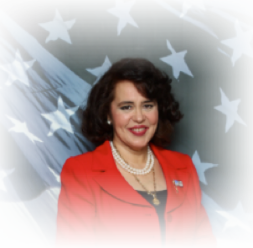 Marielena  is a wife and a successful homeschool mother.  She has a firm conviction that now—more than ever — we must instill a sense of pride in America, so that our youngest citizens can grow up with a clear understanding of our sacred rights given to us by God, and protected under the United States Constitution.

Marielena Stuart is a solid pro-lifer.  She has never been afraid to defend the right to life with an uncompromising strength in her own community and her State—and through her nationally-read columns. In 2010-2011 she was immensely influential in helping defeat the establishment of an anti-life genetic facility in Southwest Florida, a project which was backed by powerful land developers and government bureaucrats.

She fought in defense of the human embryo, the tiniest of our kin, and in doing so Marielena Stuart also helped save Florida tax payers hundreds of millions of dollars.Her success in this grass-roots battle reflects Marielena’s determination to give Florida citizens the right to be heard in the public square – citizens who have long been silenced by political backroom deals and bail-outs.

As a columnist for Renew America  http://www.renewamerica.com/columns/marielena/110415 Marielena Stuart  has demonstrated her expertise in foreign affairs, national defense and strategic military matters — especially those dealing with China-U.S. relations.  Marielena is a powerhouse of important information on vital national and international issues. Her writings also reflect her conservative values, and her love for America.

Like me– and all true conservatives from George Washington to Ronald Reagan — Marielena Stuart believes in “Peace through Strength.”

I promise you that, as your U.S. Senator, Marielena Stuart will lead and unite the State of Florida and the nation. Hers is a vibrant message and commitment to life and prosperity for every Floridian, and for every American who wishes our country to remain – One nation UNDER GOD, indivisible, with liberty and justice for all – born and unborn.

Marielena Stuart embodies the perfect conservative storm that Florida citizens need to deliver to our nation’s capital in 2012.  She needs and deserves your financial support and your vote.

Thank you and God bless.